Lundin Golf Club, founded in 1868, on a Tom Morris course which was extensively redesigned in 1908-09 by five times Open Champion James Braid, is well known throughout the golfing world as a course of rare quality.

Fine links fairways and excellent greens have ensured that it has been regularly selected as a final qualifying course for the Open Championship. Narrow fairways, bunkers, burns, and ever-changing winds guarantee a testing but rewarding golfing experience.

Nine holes, stretching to 2,085 yards – the Balgove Course was opened in February 1972. It was to have a short life, for part of it was to be taken over in the 1989-90 remodeling of the Eden Course. The course was re-constructed at the same time as the new 18-hole course, the Strathtyrum, and it was re-opened on the 20th of June 1993.

The course proved so popular with adults as well as children that the Links Management Committee had to introduce a special rule. During school summer holidays, adults could only play the course when accompanied by a child. This no longer applies today and many adult beginners use the course for practice.

This course complements the tougher championship layouts at the ‘Home of Golf.’ It is shorter and, with only 15 bunkers, a relatively sand-free environment by St. Andrews’ usual standards.

Eden Opened for play in 1914, the Eden course was designed by Harry S. Colt, internationally renowned for his course design skills. His use of the natural features and of the partially buried field boundary walls give the course an entirely natural feel.

Opened in 1897, this course was so named to commemorate the Silver Jubilee of Queen Victoria. A traditional links course, it is the most seaward of the six courses which comprise St. Andrews Links.

Located as it is in the shadow of its illustrious neighbor, the New Course can be considered one of St Andrews’ best kept secrets. Opened in April 1895, the course was built in response to increasing demand for golf at St Andrews.

The result is a classic links course which is a first class golfing challenge. The course has the traditional out and back layout, with the 18th green just to the right of the first tee. It also has, in the great St Andrews tradition, shared fairways and even a double green at the 3rd and 15th holes.

It is the oldest golf course in the world where golf was first played 600 years ago and yet it remains a real test of golf for today’s champions. Despite its reputation and status, it is a public course and is one of six public courses on St Andrews Links.

The course is renowned for its particular physical features including 112 bunkers, the most famous is the world, the 17th or Road Hole so called because a road, which is in play, runs hard against the back edge of the green. The Old Course is also known for its large double greens where golfers can be faced with putts of almost 100 yards.

Fairmont St. Andrews Golf Resort & Spa is the premier conference destination in Scotland. Sitting on the summit of a spectacular cliff formation, the hotel and its two championship golf courses have breathtaking panoramic views of the River Tay estuary, the North Sea, the Fife countryside and the medieval skyline of St Andrews.

The new layout of The Kittocks Course, which opened on October 1st, is a coastal golf course with stunning views and a true Scottish golf experience.

Over the Eden Estuary and beaches of St Andrews. The former Devlin course that reminded Gene Sarazen of Pebble Beach when he first visited the site as one of the course’s original architects.

Beach, has been re-routed with two holes coming from the Torrance course.

Since 1786 true links golf has been enjoyed at Crail Golfing Society and it is the world’s 7th oldest golf club. Golfing legend Old Tom Morris laid out the original nine holes at Balcomie and in 1998 a second course, Craighead Links, was opened for play, providing a worthy alternative to its famous and historic neighbor.

With a spectacular setting above St Andrews, the championship Duke’s Course gives magnificent panoramic views over the surrounding countryside to the sea.

Duke’s is highly regarded as one of the finest heathland championship courses in the British Isles and a ‘must play’ course for any golfer. Its style ranks alongside the great inland challenges which demand accuracy and inventive play as well as power golf. And with five separate tee positions at every hole, Duke’s has the flexibility and challenge to appeal to golfers at every level.

Opened in 1817, the rolling nature of the fairways is quite demanding, but interesting. Scotscraig is used as a Final Open qualifying course when the British Open is played at St. Andrews. This will occur again in 2005. Scotscraig Golf Club is the sixth oldest private club in the world.

Set in the heart of Fife, Ladybank is a fair test of golf for the brave and accurate. An absolute gem of an inland course, Ladybank is regularly used as an Open qualifying course – a bona fide contender for the title of best inland golf course in Scotland.

This quality parkland course provides an enjoyable and testing challenge for golfers of all abilities. Designed by Major Cecil Hutchison, the Amateur Champion, and the Open Champion, James Braid, its lush fairways and manicured greens, together with wonderful views in all directions, ensure a golfing experience not quickly forgotten.

The Dunblane Club was formally opened on April 2nd, 1892. Dunblane New Golf Club opened in 1922 – “new” because until 1922 golf was played on a small nine-hole course adjoining the River Allan.

Golf has been played over the links at Carnoustie since the 1500’s but the present course came into being in 1850 when it was designed by Alan Robertson of St Andrews. Some 20 years later the legendary Old Tom Morris improved and extended the course to 18 holes and in 1926 the famous architect James Braid redesigned the Championship course extensively.

One of the four final pre-qualifying courses when the Open Championship is played at St Andrews. The 11th oldest golf course in the world, Leven Links is a true sea-side course. Originally Leven Links was a 9-hole course, maintained by the players themselves and their families (a paid Keeper of the Green did not appear at Leven until 1876). 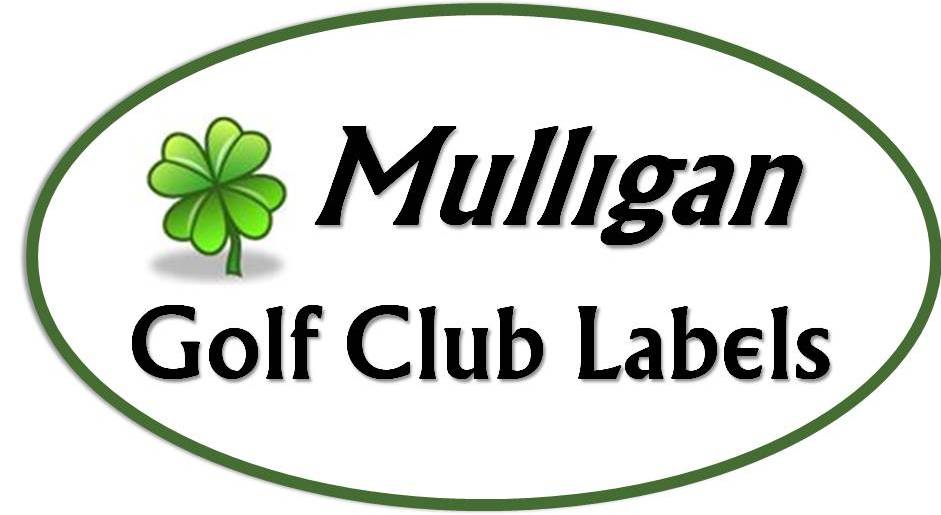 Labels wrap around the shaft of any golf club. Spending pennies to have a club worth hundreds of dollars returned to the owner is good return on investment.